Corporate History: Compy Conglomerate was established in 1996 with the help of a group of people working on a common project. In 2001, the company became a member of the SOFTBANK Group, which is a well-known telecommunication company in Japan. Two years later, the company rolled out a robot called "Mospeng-kun" on the birthday of a science fiction robot character named Astro Boy - the main character from one of the most popular Japanese manga series. As a certified business with ITIL Ver.3 , the company was widely introduced to the public in "Yahoo! News" in 2009, and started working with the Chinese government for IT-related projects. As the business grew big, more branches were established in different parts of Japan such as Nagoya, Sendai, Hiroshima, Ginza in addition to an offshore development area in the Philippines in the following year. Since then, "Mospeng-kun" was often featured in various conventions in Japan. By 2017, the company grew up to a conglomerate of about 50 companies with more than 1000 employees followed by its business expansion into other countries like the United States, China and the United Kingdom. In February 2018 the HQ was finally established in Singapore as Compy Conglomerate.

Currently, the focus of our business has been SES - System Engineering Services - through staffing and outsourcing. Going forward, Compy Conglomerate , will further enhance its business across the board with an eye to adding more new services developed by the branch offices such as "ChatBOT," a real time communication tool. 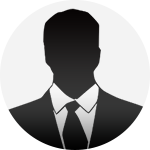 • Group of 30 companies 1,000 employees
• Advance to the United States, China, UK
• Thanks to the 10th anniversary event
• First graduation after selling Compy Ltd. to Kyouden